South 85 Journal is honored to announce the winners of the 2022 Julia Peterkin Literary Award for Flash Fiction and Poetry: 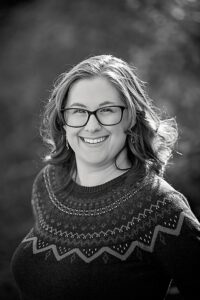 Yellow Bird by Shannon Bowring. Bowring’s work has appeared in numerous journals, has been nominated for a Pushcart and a Best of the Net, and was selected for Best Small Fictions 2021. Her debut novel, The Road to Dalton, is forthcoming from Europa Editions. Shannon lives in Bath, Maine.

Judge’s Comments: “A spellbinding story of tragedy’s aftermath, beautifully written and tightly constructed, with character development that transcends its pithiness. Having lost a son, a couple find their grief transforming into an emotion that leads to dramatic, unexpected—even shocking—actions. The story proves that brevity need not constrain narrative force.” 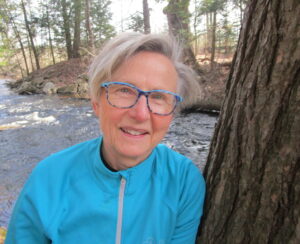 Feathers and Wedges: A Golden Shovel by Karen Kilcup.  A New Englander with old farming roots, Karen Kilcup is the Elizabeth Rosenthal Excellence Professor of American Literature, Environmental & Sustainability Studies, and Women’s, Gender, & Sexuality Studies at UNC Greensboro. Her forthcoming poetry book The Art of Restoration was awarded the 2021 Winter Goose Poetry Prize. She’s an avid cook, runner, and rock climber who has difficulty resisting the urge for More Garden.

Winners receive a $500 award and have their work published in the December issue of South 85 Journal.

Paraiso by Donna Obeid. Obeid holds a BA in English with an Honor’s Concentration in Creative Writing from the University of Michigan, and an MA and MFA from American University. Her work has appeared in Carve Magazine, Detroit Metropolitan Woman, Flash Fiction Magazine, Hawai’i Pacific Review, The Malibu Times, and elsewhere. She lives in Palo Alto, California.

El Roca  by Hayley Nivelle. Nivelle is an emerging writer and a practicing attorney. She has a J.D. from the University of Pennsylvania School of Law and a M.S. from the Honor’s Program at Kansas State University. Hayley lives in Harrison, New York with her husband and two boys.

Santa Monica by Wynne Hungerford. Hungerford’s work has appeared in EPOCH, Subtropics, Blackbird, The Literary Review, The Brooklyn Review, The Normal School, and SmokeLong Quarterly, among other places. She received her MFA from the University of Florida.

If I Get Alzheimer’s: Instructions for My Wife by Justin Hunt. Hunt grew up in rural Kansas and lives in Charlotte, NC. His work has won several awards and appears in a wide range of publications in the U.S., Ireland and the U.K., including Five Points, Barrow Street, River Styx, New Ohio Review, Nimrod, Terrain.org, and The Bridport Prize Anthology.

Elixir for Knowing When To Surrender by Katherine DiBella Seluja. Seluja  is the author of Gather the Night, and co-author of We Are Meant to Carry Water. Recent work can be found in FENCE, and upcoming in Cutthroat and Thimble. Her third book of poetry, Point of Entry, will be published by UNM Press in 2023.

a mother mulls her son’s self-injuries by Dean Gessie. Gessie is an author and poet who has won dozens of international awards and prizes. Among recent honours, Dean won the Aesthetica Creative Writing Award in England, a Creators of Justice Literary Award in New York, the COP26 Poetry Competition in Scotland and the UN-aligned Poetry Contest in Finland.

The judge for the 2022 Julia Peterkin Flash Fiction contest is Cary Holladay. Holladay has published six short story collections, including Horse People, The Quick-Change Artist, and most recently, Brides in the Sky, as well as two novels and over 100 short stories and essays in journals and anthologies, including Alaska Quarterly Review, Arkansas Review, Five Points, The Georgia Review, The Hudson Review, Kenyon Review, Prairie Schooner, Sewanee Review, Southern Review, and Tin House. Her awards include an O. Henry Prize and a fellowship from the National Endowment for the Arts. She is Professor Emeritus at the University of Memphis. She lives in Virginia.

The judge for the 2022 Julia Peterkin  is Ashley M. Jones. Jones is Poet Laureate of the state of Alabama (2022-2026). She received an MFA in Poetry from Florida International University (FIU), where she was a John S. and James L. Knight Foundation Fellow. She is the author of three poetry collections: REPARATIONS NOW! (Hub City Press, 2021); dark // things (Pleiades Press, 2019), winner of the Lena-Miles Wever Todd Prize for Poetry; and Magic City Gospel (Hub City Press, 2017), winner of the silver medal in poetry in the Independent Publishers Book Awards. Her poems and essay appear or are forthcoming in many journals and anthologies, including CNN, the Academy of American Poets, Poetry Magazine, Tupelo Quarterly, Prelude, and The Harvard Journal of African American Public Policy, among others.

Established in 1998 by the Creative Writing program at Converse College, the Julia Peterkin Award is a national contest honoring both emerging and established  writers. The award is named for Converse graduate Julia Mood Peterkin, whose 1929 novel,  Scarlet Sister Mary, was awarded the Pulitzer Prize in literature.

Submissions for the annual Julia Peterkin Literary Awards are open yearly from June 1 to August 15 . Full submissions guidelines can be found on our Submittable page: Literary Awards Guidelines Finalists in each category will also have their work published in the winter issue of South 85 Journal.

The Holy Waters of the Ganges by Krista Buecler (Flash Fiction)

What You Said by Natalie Troy (Flash Fiction)