The Julia Peterkin Award for POETRY:

South 85 Journal seeks submissions of previously unpublished poems of 50 lines or fewer for for the annual Julia Peterkin Literary Award for Poetry from June 1 to August 15 each year. The winning selection will receive $500 and publication in the Fall / Winter issue of South 85 Journal. Contest finalists will also be named and their work published alongside the winning selection.  Submissions are read blind by an outside judge. 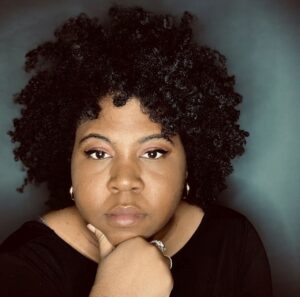 Ashley M. Jones is Poet Laureate of the state of Alabama (2022-2026). She received an MFA in Poetry from Florida International University (FIU), where she was a John S. and James L. Knight Foundation Fellow. She is the author of three poetry collections: REPARATIONS NOW! (Hub City Press, 2021); dark // thing (Pleiades Press, 2019), winner of the Lena-Miles Wever Todd Prize for Poetry; and Magic City Gospel (Hub City Press, 2017), winner of the silver medal in poetry in the Independent Publishers Book Awards. Her poems and essays appear or are forthcoming in many journals and anthologies, including CNN, the Academy of American Poets, Poetry magazine, Tupelo Quarterly, Prelude, and The Harvard Journal of African American Public Policy, among others.

South 85 Journal does not publish work which has been previously published either in print or online. We acquire exclusive first-time Internet rights only. All other rights revert to the author at publication. Works are also archived online. We ask that whenever an author reprints the work that first appeared on our pages, South 85 Journal be given acknowledgment for the specific work(s) involved. Only the main contest winner will receive a prize.